ITDirections was engaged by a very large ($4B revenue and 7,000 team members) global health distribution and services company.  The company is composed of three unique business units with 15 distribution centers.  The Client was very reliant on their current CRM system, although it was cumbersome to use because it consisted of six disparate tools requiring users to log in and out of different systems with separate user interfaces. They engaged ITDirections to select a new CRM system.

The Challenge – Minimal Payback on a CRM Replacement

After reviewing the project goals and developing estimates, we concluded that a CRM replacement would be a very large and expensive effort. Unfortunately, there wasn’t a reasonable ROI because the legacy systems met the majority of their needs.

ITDirections worked with the Client to look at the broader picture in order to get to the root of the problem. Based on our feedback, the Client adjusted the scope and objectives to not assume a new CRM system was the solution.  The real problem was not the tools themselves, but rather the disparate nature of having to interact with six different systems.

The Solution – Don’t Assume a New System is the Answer

Through our initial analysis and visioning process, the team concluded that a more cost effective, expeditious solution would be to implement a Sharepoint front-end so that customers and sales people could interact with all six tools concurrently as if they were in one system. In the end they were delighted that they’d hired a consultant and not a contractor to lead the project.  A contractor would have delivered on their request to replace the current system.  As consultants, we first made sure that it’s the right thing to do, before charging forward.

The Results – Quick and Inexpensive Solution

The front-end system was implemented in a fraction of the time of a CRM replacement and at minimal added cost. The Client was very happy that they were able to meet their goals and objectives quickly and inexpensively.

Barb is a recognized leader in evaluating application software and negotiating IT contracts, Barb has a passion for aligning corporate and vendor expectations for mutual success. She has more than 20 years of consulting experience with over 120 companies. 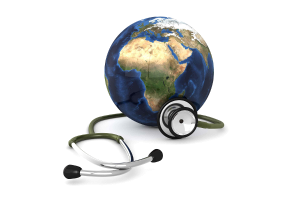 ITDirections was engaged by a very large ($4B revenue and 7,000 team members) global health distribution and services company. The company was composed of three unique business units with 15 distribution centers. 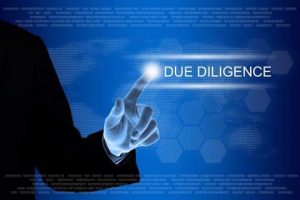 The Value of an ERP Evaluation/Selection

It’s time to replace your ERP system. Considering the length[...]

ITDirections was engaged by one of the largest owners, operators, and franchisers of hairstyling and hair care salons in the world with over 5,000 salons, revenue in excess of $1B, and 30,000 employees.

We're currently offline. Send us an email and we'll get back to you, asap.